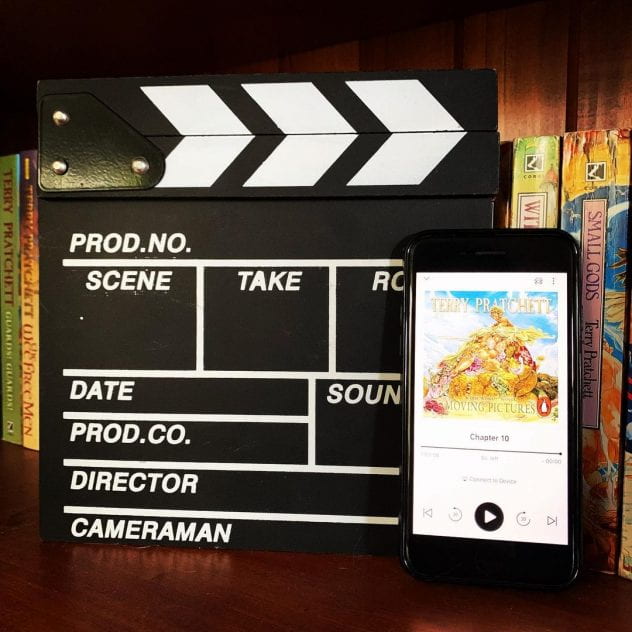 “The whole of life is just like watching a film. Only it’s as though you always get in ten minutes after the big picture has started, and no-one will tell you the plot, so you have to work it out all yourself from the clues.”
Sir Terry Pratchett was a genius, and this is particularly evident in his Discworld books which more closely parody our real life. Moving Pictures examines the development of the “clicks” in Ankh-Morpork. The alchemists have figured out how to harness the power of tiny demons painting a series of pictures to make movies. They set up their industry on Holy Wood, an abandoned area outside the city with the perfect climate. But, in true Discworld style, Magic gets involved where it shouldn’t be, and things quickly get out of control. What follows is a barrage of both subtle and in-your-face Hollywood film, character and trope references, including my favourite – when a giant celluloid woman carries the orangutan librarian up the side of a building. It’s a hilarious and insanely clever examination of the rise of the film industry, and the way it is viewed, idolised and idealised in society. So much fun, and the audiobook was brilliantly narrated as always by Nigel Planer.