Otherwise known as, “The Role of the Teacher Librarian”. OLJ Blog Post 1 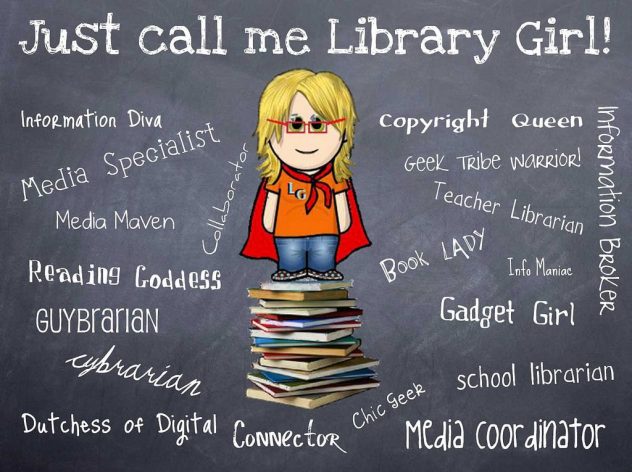 As I reflect on my understanding of the role of the Teacher Librarian in schools, I’m struck by how formative my own experiences with Teacher Librarians have been in my understanding of what they SHOULD be like. I had a librarian in primary school who made me hate the place, as the one time this shy little girl ventured to tell him about why I loved the book I’d just returned (the newly released George’s Marvellous Medicine, if you’re interested) he pointed to the “Silence in the Library” sign and turned away. I’m sure, looking back, he’d probably had a bad day with the Year 6 class he’d taken before lunch, and hadn’t had time to use the bathroom or finish the coffee he’d made himself upon arriving at school that morning. The sign probably didn’t say “Silence in the Library” either, that’s most likely an effect of my Doctor Who obsession. But the episode still stands as one that impacted me deeply, and led to my close relationship with my municipal librarian. It also meant that one of the most prolific readers at Wallerawang Public School rarely ventured into her school library again.

I had two librarians in high school, however, who redeemed the profession for me. The first, Mrs Compton, was an angel who created a safe space in her walls, and introduced me to Atticus Finch. She never paid attention to how many books were currently listed on my borrowing card as being loaned, and studiously ignored the “TWO BOOKS AT A TIME” rule above her counter. The second, whose name for the life of me I don’t recall, created an academically challenging environment for his senior students. He paid attention to what we were doing in our classes, and provided us with brain teasers around the concepts we were looking at in 3UMaths, or provided us with journal articles about the legal cases we were analysing. And he’d wander through the study area quoting my favourite TS Eliot poem, varying expression and tone, and challenging us to think about exactly what Prufrock was trying to say.

It’s in that vein that I think about my own role in this wonderful profession. There’s a lot to negotiate. Competing priorities to colleagues, executive, students, and community in so many different areas. When I was asked towards the end of last year if I’d like to take on our school library for a year, I jumped at the chance, but in my head, I had a particular idea about what that meant. I thought I was aware of all the requirements of the job, but mentally I was focused (quite delightfully, I must admit) on the fact that I’d be getting paid to spend my days in a building full of books. The enormity of what faced me took a little time to hit, like an avalanche of, well, books from an overstacked to-be-read pile. (I’m not alone in having one of them, right?)

So, what do we Library Girls and Boys face? It’s way more than just buying pretty new books (although that is fun!) The Australian School Library Association (ASLA) and Australian Library and Information Association (ALIA) (2001) see the Teacher Librarian’s role as covering three key areas: curriculum leader, information specialist and information services manager. Purcell (2010) breaks these roles down further, and refers to teacher librarians as leaders, program administrators, information specialists and instructional partners. Given the complexities of the tasks that a Teacher Librarian might find themselves faced with in a school, I tend to agree with Herring’s (2007) inclination to provide a wide range of possible role descriptors for the Teacher Librarian, which allow for diversity and differentiation depending on their individual context, rather than tying the TL down to a specific job criteria. Lamb (2011) emphasises the importance of negotiating a balance between the often competing demands of the career, and not placing emphasis on one element (eg teaching and learning) over another (eg collegial collaboration). It’s far more complex than just making sure there are books on the shelves!

In many respects, the role of the TL is hugely dependent on their school context, and the needs and expectations of the community that they are serving. This is a departure from the standards that a traditional classroom teacher is used to dealing with, as outlined in the AITSL National Teaching Standards, because of the many and varied requirements of the Teacher Librarian. ASLA’s recent work on tying the professional standards to the role of the Teacher Librarian will hopefully lead towards a stronger recognition of the professional skills of the TL, in the areas of professional knowledge, professional commitment and professional practice.

I think about the librarians in my past, and wonder how they’d negotiate the changes in their career if they were facing a 21st century library. If, as well as negotiating paper book literacy, they were dealing with ICT literacy, the widening responsibilities of social and cultural awareness that faces teachers today, the conflicts of BYOD, global education, ever-increasing complexity in curriculum requirements, and the myriad other expectations that are heaped on their cape-wearing-shoulders. Maybe they did deal with some of that, and little girl curled up with Scout Finch and Margaret Simon after the lunch bell rang didn’t notice. That’s probably an indication that they were doing their job well. But I’m very grateful to them for their services. And I hope I can be the kind of teacher librarian who will do them, and that little girl, proud.

Purcell, M. (2010). All librarians do is check out books right? A look at the roles of the school library media specialist. Library Media Connection 29(3), pp30-33