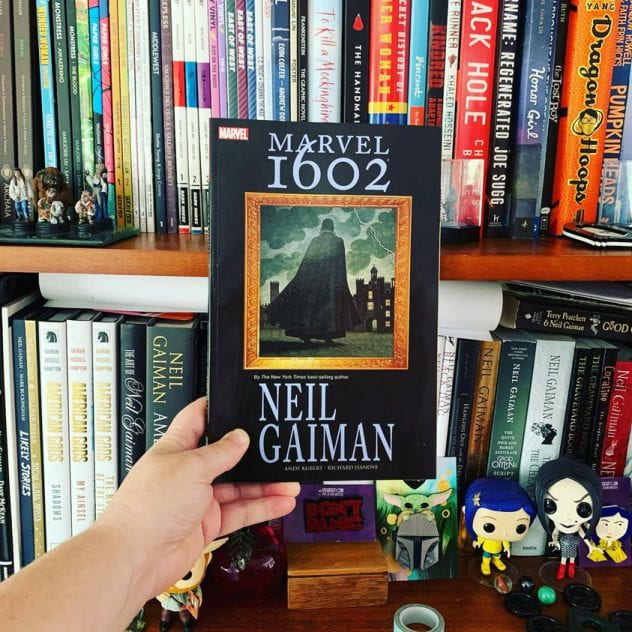 My first read of the year, and it’s a doozy. Marvel 1602 by Neil Gaiman takes the characters we are familiar with from the Marvel Universe, and transposes them into early 17th century Europe. With clever adaptations of character names (pre-spidey Peter Parquagh is servant to the Queen’s intelligencer Sir Nicholas Fury) and subtle but unmistakable costuming that reflects our modern era expectations but contextualises them to the time and place of the comic, this is the Marvel we know, but also something completely different. Whilst the time period means that the United States of America is not yet on the map, Roanoke features as a looming concern, and despite the action being almost completely set in England and Europe, this still manages to be a text which speaks heavily to the concerns of the US, both when the comic was released, and sadly still today. Equality. Discrimination. Fear. Hatred of the other. Power and privilege.
And the artwork. Holy shit, folks, this is next level stunning. With illustrations by Andy Kubert and digital painting by Richard Isanove, every page – no, every frame is like an oil painting. The colour, texture and detail had me feeling like I was browsing a gallery of art from the Elizabethan and Jacobean eras.
A great first book for the year. Now to decide where to shelve it – both my comic and my Gaiman shelves are packed to overflowing!